CIAK Group is a 25-year old company based in Croatia, which in its scope of activities includes wholesale and distribution of spare parts and car equipment in the independent aftermarket, as well as environmental activities – recycling of batteries and hazardous waste management.

The group operates in Croatia, Slovenia, Serbia and Bosnia and Herzegovina, and consists of more than 1,300 employees who are the main success factor of the group, together with more than 20.000 commercial partners. With more than 120 branches, CIAK Group is the largest Croatian independent aftermarket distributor (the “IAM”) on a consolidated level for a third year in a row; while with four centres for hazardous waste management in Croatia it successfully operates in the Ecology sector in accordance with numerous certificates that adhere to the highest European standards of quality and professionalism.

Historically, CIAK Group was a specialist for batteries and lubricants, and its path to full-blown IAM distributor incorporating spare parts for passenger cars and commercial vehicles as well through companies CIAK AUTO and CIAK TRUCK, started during the period 2013-2015 when more than 15 acquisitions were made in the local market. Thanks to valuable suppliers who supported the development, CIAK Group was developed into a full-blown IAM supplier and entered AD International in 2017, with a continued portfolio strategy of focusing on a smaller number of suppliers to make the sales and marketing team more effective. This strategy, together with expansion of the number of branches (in total 85 with battery shops, 60 are spare-parts oriented) and delivery fleet (265 vehicles) enabled strong growth in Croatia in the past years.

End of 2020 marked a milestone for CIAK Group – the initial public offering of CIAK Group shares was successfully executed. During the initial public offering, shares were subscribed by Croatian Mandatory and Voluntary Pension Funds, Mutual Funds, Insurance Companies and Retail Investors with which the new shares acquired represent 32,13% stake in the Company, while the remaining share is still owned by the family Leko. The total funds raised through the public offering amounted to 29,5 million EUR, and all the shares of CIAK Grupa dd are listed on the Zagreb Stock Exchange.

It should be emphasized that the IPO of the CIAK Group is also the largest IPO in the Republic of Croatia in the last 3 years, and that after the initial public offering of shares CIAK Group is one of only 7 Croatian companies in which all four mandatory pension funds have invested, which clearly shows the long-term investment potential of CIAK Grupa d.d. shares.

The invested funds will be used for the further development and growth, with a special focus on developing and vertically integrating the IAM distribution in the surrounding countries. We are very grateful to all our commercial partners who have contributed to the achievement of business goals and expansion of the CIAK Group’s business, and to each of our employees individually, without whom nothing that has been achieved so far would be achievable. 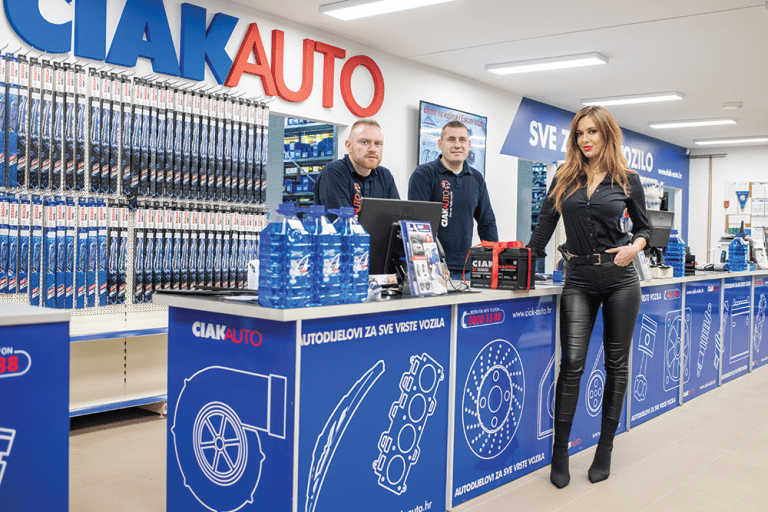